Your have successfully linked your details
X
x 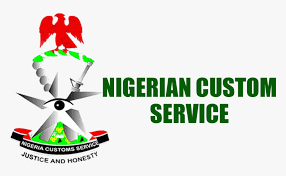 With an increase in the exchange rate for cargo clearance by the Central Bank of Nigeria (CBN) from N381 to N404.97 per dollar, uneasy claim witnessed at Nigeria ports. It was learnt that in line with the increase, the Nigeria Customs Service (NSC) has effected a similar increase in duty payable on cargoes imported through the ports on its website. The development has caused tension at the ports as freight forwarders have raised the alarm of further inflation in Nigerian markets as the suddeness of the increase without recourse to stakeholders continues to generate concern in the sector. They argued that the increment would lead to a hike in prices of goods in the market and the nation’s already tensed atmosphere. Citing rising insecurity in in country, stakeholders said they would no longer ship cargoes into Nigeria, while the little that have come in are now being hoarded. Speaking with Daily Sun, the National President, National Council of Managing Director of Licensed Customs Agents (NCMDLCA), Lucky Amiwero, said with the latest increase, government was merely introducing more hardship considering the low level of production in the country as against the highlevel of import. According to him, the more the CBN increases, the exchange rate, the higher the cost of import in terms of goods, with its attendant high inflation across the country, warning that the government was only creating hardship and poverty for the citizens. “The latest increase will also affect purchasing power of ordinary people on the street. The continuous increase will cause a problem because it will get to a level where inflation rate will be terribly high. “The economy is not growing and the people’s purchasing power is gradually going down, which an indiaction that government should do something to avoid more economic woes.” Also lamenting the increase, Vice President, Association of Nigeria Licensed Customs Agents (ANLCA), Kayode Farinto, said: “I predicted it last month that government has not been consistent on policies. Don’t forget that Naira is very weak. So it is sad. “I expected the increase. We may not even have an economy again. The level of import is increasing on a daily basis. So what do you expect? The Naira is very weak, dying and crumbling. It is unfortunate, we at this cross road. The drivers of the country’s economy are confused.sun

This site uses cookie to store a sensitive data on this page, like imporving your experience , poping up relevant ads
Accept